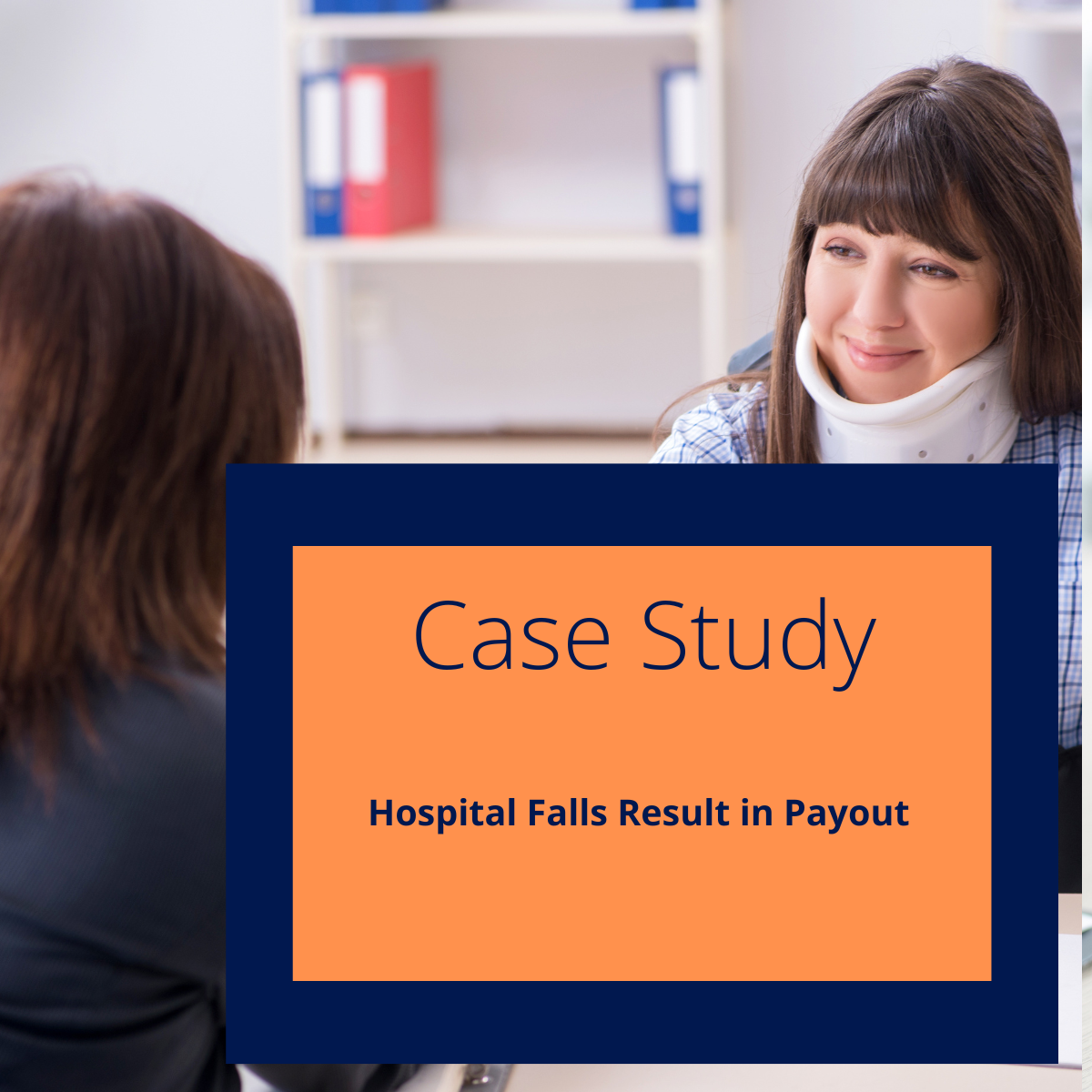 David Cartwright, Head of Personal Injury law, outlines a recent case where he successfully gained compensation for a client who suffered two falls whilst in hospital following a road traffic accident.
Background
My elderly client suffered a head injury, when she was knocked, to the ground, as a pedestrian, in a road traffic accident (‘RTA’). She was taken to hospital, by an ambulance.
She was noted, by the hospital, as being a falls risk. She remained in hospital, under observation. However, during that time she went on to suffer two falls, when she was supposed to be monitored 24 hours a day, to prevent this from happening.
She was later diagnosed with having suffered a subdural haematoma.
Approach
In the first place, it was necessary to gather all the medical records, which would be needed, to prove breach of duty and causation, the two elements necessary to bring a successful medical negligence claim.
In respect of breach of duty the voluminous medical records were painstakingly reviewed to reveal the fact that, whilst the hospital had confirmed that my client was a falls risk when she entered the hospital, this opinion was reiterated throughout the notes and recorded by numerous hospital staff, during the time that my client was there. Additionally, in spite of the hospital’s recognition of my client being a falls risk, two falls occurred, which should have been prevented if she had been on 1:1 observation which was the standard that the hospital had originally deemed appropriate. We were able to submit, therefore, that the hospital were negligent in failing to prevent a fall by not caring for my client in the way that they themselves had suggested was appropriate.
In relation to causation, I was able to obtain radiology evidence which had been taken, when my client had first entered the hospital and shortly after her second fall, in the hospital. The radiology took the form of CT head scans. I instructed a consultant neuroradiologist to study the radiology and compare the images. He was able to determine that using a balance of probabilities test, the subdural haematoma injury was likely to have been caused by the hospital fall rather than the head injury received in the RTA.
Bearing in mind that my client’s injuries, in the RTA, were caused by her own negligence the only prospect of recovering compensation for the subdural haematoma was to be able to prove that the hospital had caused the injury and that it had not been caused by the RTA.
The hospital did admit breach of duty, but were not prepared to admit that their breach caused the injury and offered a settlement of £1,000.00.
As the case progressed in Court, the hospital increased their settlement offer to £2,000.00, however, eventually when they were faced with all the evidence which included witness evidence from my client’s family stating how her character and behaviour had deteriorated, after the hospital fall, a settlement was reached, whereby the hospital paid the sum of £45,000.00 in full and final settlement.
In summary, this was not a straightforward hospital falls case. Given the fact that my client had entered the hospital, in the first place, with a head injury received from a RTA, there was never any guarantee that it could be proved that the injury was caused by the fall, rather than the RTA. Extensive consideration of hospital records, detailed witness statements and a positive medico-legal expert’s report, together, were enough to succeed with the claim.
If you feel you may need to make a personal injury or medical negligence claim, or to speak to a member of the PI negligence team for advice, please call us on 0113 2007480 or fill in our contact form and one of the team will call you back.
We will:
• Review you situation to see if you have a claim
• Determine if your case is suitable for a No Win No Fee agreement
• Determine the next steps to be taken
Tagged as: Medical Negligence, Personal Injury
Share this post: