Sex discrimination in the workplace 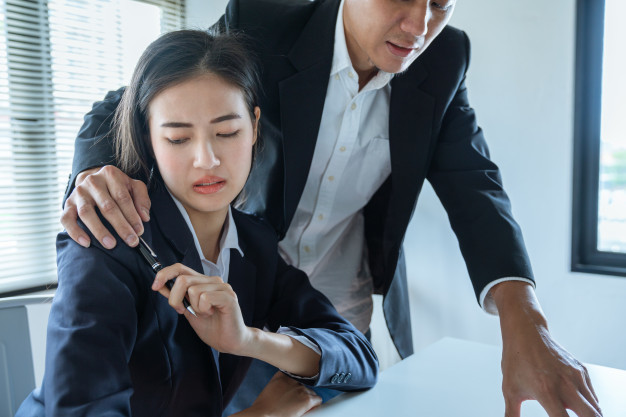 Sex Discrimination frequently occurs in today’s workplaces but is often considered as banter or a just a joke.
Sex Discrimination occurs when you are treated poorly in the workplace because you are a man or a woman.
The Equality Act 2010 states that you must not be discriminated against because
1. You are (or are not) a particular sex.
2. Someone thinks you are the opposite sex. Known as perception discrimination.
3. You are connected to someone of a particular sex. Known as discrimination by association.
In the Equality Act sex can mean either male or female, or a group of people like men or boys, or women or girls.
There are several types of discrimination that can occur in the workplace as follows:
• Direct sex discrimination
• Indirect sex discrimination
• Harassment related to your sex
• Sexual harassment
• Victimisation
Different kinds of Sex Discrimination
1) An employer promotes an equally-qualified male colleague because of his sex rather than his skills and/or qualifications over a female employee – this could constitute direct sex discrimination
2) An employer changes the shift patterns for staff so that they finish at 5 pm instead of 3pm. Female employees with caring responsibilities may be at a disadvantage if the new shift pattern means they cannot collect their children from school or childcare – this could constitute indirect sex discrimination
3) An Employer makes a comment that he does not promote women because they “always go off to have babies”. Even though he doesn’t direct these comments at a specific female employee, if one of her colleagues is very upset by this and worries about her career. This could constitute sex-related harassment
4) If an employee put an indecent screen saver on his PC and another employee saw it and was offended. This could constitute sexual harassment
5) A Manager shouts at an employee because he thinks that she intends to support another employee’s sexual harassment claim. This would be victimisation.
Contact our team on 0113 2007480.
Tagged as: Discrimination Claims
Share this post: